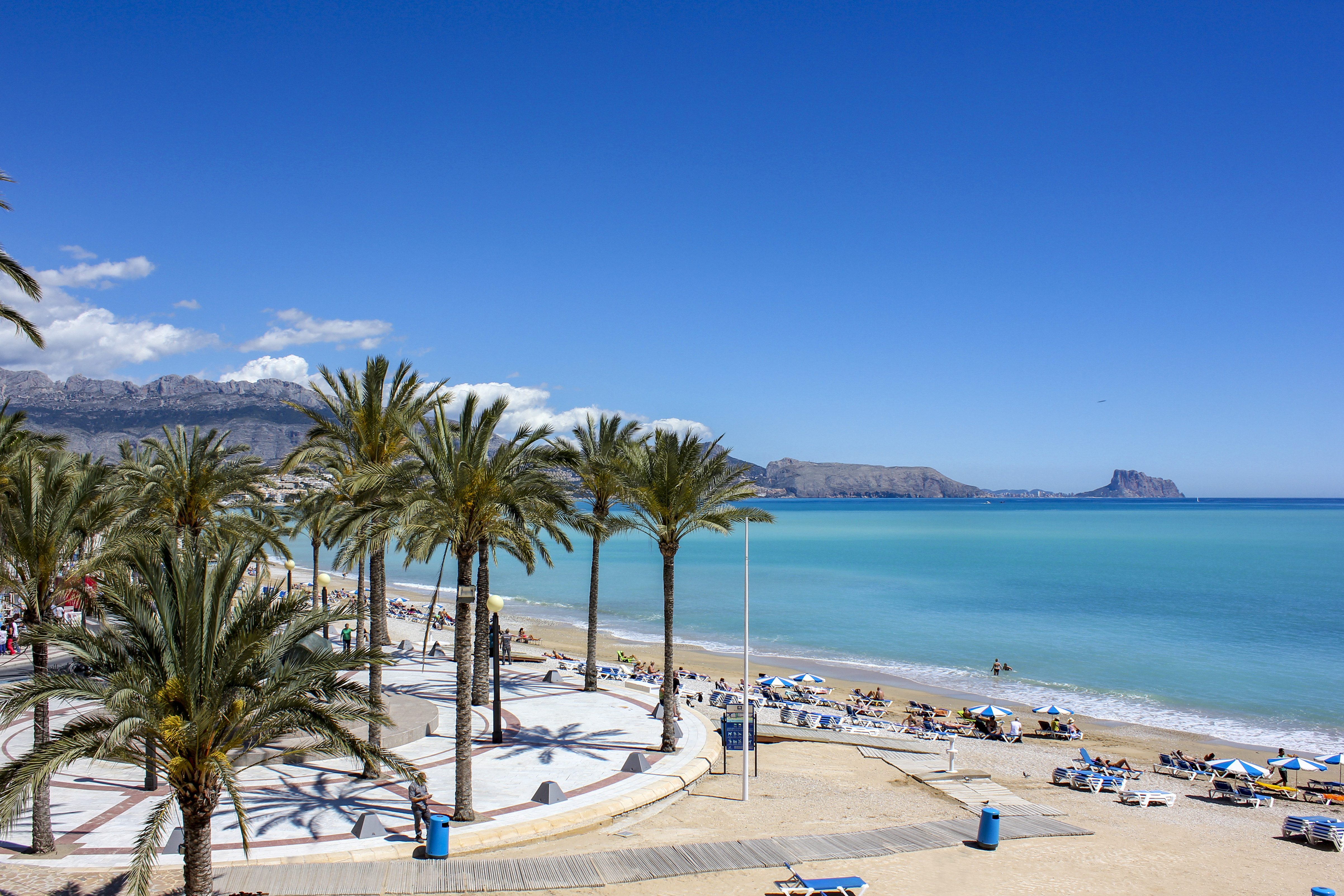 As for Festivities, Alfaz del Pi celebrates various Festivals throughout the year, such as:

The “Casa de la cultura” Culture House, offers a varied selection of cultural events such as the days celebrating the music of Mozart or the outstanding national Film Festival.

Sierra Helada is a natural park with many routes of varying difficulties. The most famous one is called “Ruta Verde de la Sierra del Albir” the excursion starts at Albir beach, goes through the Sierra Helada and up to the lighthouse. This is an asphalted road, suitable for both children and older people.

One can practise hiking or bike riding along the paths of Sierra Helada, bordering Benidorm.

A water park with several different attractions. The park features a variety of pools, slides and children’s games. Try their latest attraction “VERTIGO” (dizziness), unique in the World, 33 meters high.

This is a spectacular show with dolphins, parrots, sea lions, etc., a park with exotic marine animals with numerous activities on offer.

Attractions and shows with various themes defying height and speed. In the same place you will find tributes to The Mediterranean, Egypt, Greece and Rome.

An animal park with many different species, some in serious danger of extinction, immersed in unique natural surroundings. Take the opportunity to come into direct contact with some of the animals in the park.

Live the magic experience of travelling through time and discovering the mediaeval world with fights between Moors and Christians. Dinner and Tournament!

Concert Hall with a list of shows to enjoy in the afternoons and evenings.